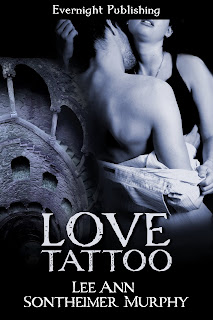 Description:
One unexpected late night encounter and one titillating kiss detours Cara Riley from reaching Nashville for her last shot at a singing career and lands her in Memphis.

Dark, mysterious truck driver Will Brennan oozes sexuality and Cara finds herself drawn to him. He brings her to a higher level of sensual pleasure than she even imagined could be possible. As their relationship explodes into something real, she learns he has more than a few quirks-he sleeps by day and prowls by night.

At his home-a castle-nestled in a wooded area just outside Memphis, she learns just what his sweet love tattoos really mean and must decide if she wants another. Whether or not they find their happy ending is all up to Cara.


Brandi’s Review:
I want to bottle Will Brennen up and bring him home and keep him for ever and ever! I adored Will, and really, who wouldn't?  We have a super sweet, sensitive, caring, and the only sonnet quoting vampire I've ever had the pleasure to read.  And I read a lot of vampire stories.  And I have to admit I like Cara also.  She realized right off the bat that everything going on was crazy, but being an independent and strong woman, she went with it! And I know I would have if I were in her shoes.  I loved the power of love in this story, and the emotions that bound our lovers right from the first note she sang that caught his attention.  I thought their bond over music was awesome, but I wished her singing would've been more predominate.

My criticism of this story would be that it needs a little polishing.  I felt it was a tad choppy to start, and a little bit redundant on the adjectives.  Also the love scenes sort of confused me at points, as in how they got to this position when they were this way and how could she be doing that when they were doing this?   It did make me scratch my head at times, but I think the point of the story and the characters far outshine everything else and is worth the read.