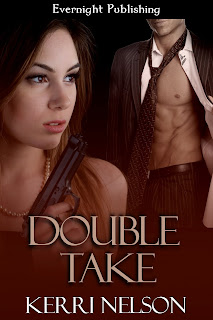 Description:
After growing up the laughing stock of the town drunk and humiliated by the hottest guy in school, Kennedy Wolfe planned on never stepping foot in Greece, New York again.

Now a highly decorated agent for the FBI, Kennedy learns of the abduction of her best friend from high school.  The news comes just days after the invitation to her class reunion was received and tossed.

Despite her better judgment, she can’t resist the urge to take on a case that would show her classmates once and for all what she’s really made of.

Damon Divine is the unbeatable District Attorney and he’s dead set on finding those responsible for abducting his twin sister.    But when the beautiful Agent Wolfe comes to town, he knows the kidnappers won’t be the only ones on her hit list.

After all, standing up a girl on senior prom night is not something she’s likely forgotten.
Deniz’s Review:
A long slow buildup, a suspense filled mystery... I love romance that develops gradually.
Kennedy and Damon are very believable as older, still-waiting-for-the-one-that-got-away characters and the sparks between them keep flying until you’re desperate to read one chapter more. The characters – including the supporting cast of self-serving police chief, loyal twin sister and others – are what carry the story, in fact, as there are a few typos here and there that might otherwise trip up the reader. Yet I found myself rooting for Kennedy and Damon, and enjoying the back and forth banter between Kennedy and her fellow agent.
Check out a recent interview with Kerri Nelson here: http://www.examiner.com/paranormal-fiction-in-charleston-sc/interview-with-author-kerri-nelson. I’m excited to read the rest of her work!
Deniz's Rating: