Author submission in exchange for an honest review.
Title:
Pulled 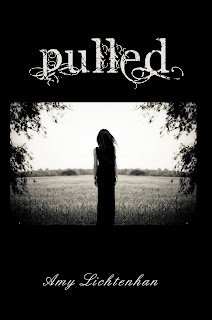 Description:
For nine years, they drift through life, unable to forget the one who holds the strings to their hearts.  In an attempt to escape the pain of her past, Melanie finds herself trapped in a loveless marriage, while Daniel loses himself in a career that means nothing without Melanie by his side.
Now, when their lives intersect, neither can deny the connection they felt so long ago.


But will the power that drew them together be enough to heal the wounds from their past, and do they have the courage to overcome the insecurities and fears that threaten to keep them apart?


Pulled is a story of attraction and separation, of destiny and duty, of a love so strong it refuses to give up even when all others have.


Laura’s Review:
From the very first page of Pulled, I was positive that I would love this book.  I was not disappointed.  The characters were fabulously flawed, but real (and if you’ve ever read any of my reviews, you realize exactly how important “real” characters are to me), the story was poignant, heartbreaking, and amazing all at the same time, and the conflict wasn’t so far off base that I was left wondering where it came from.  This book managed to break my heart, make me laugh, and make cry.  This is an absolutely outstanding piece of writing by Amy Lichtenhan, and I insist that you all go out and buy this book now.


Melanie is trapped in a loveless marriage.  Her husband, Nicholas, is the worst kind of arrogant and egotistical man you can imagine.  He’s emotionally abusive and never fails to put Melanie in her place – which happens to be wherever he wants her to be at that particular moment.  We learn that Melanie is basically estranged from her parents – she has a bit of a relationship with her mom, but it’s really just superficial – and that she married Nicholas because she was completely devastated and broken after losing a baby from her high school sweetheart/soulmate, Daniel.  It’s very clear, that despite nine years apart, Melanie is still grieving her lost relationship with Daniel, and that she only married Nicholas so that she wouldn’t be alone.


Daniel, with the support and love of his family, has finished medical school and has moved with his father (also a doctor) to Chicago to start a practice.  Like Melanie, he is empty inside.  He has never moved past the fact that Melanie moved on (with no contact, he has no idea how horrible her life is), and has filled his life with his work, random drunken one-night stands, and self-loathing.


This story is told in first-person, alternating between Melanie and Daniel.  We get to see their shock, surprise, hurt, and even a bit of fear as their separate worlds collide for the first time in nearly a decade when Daniel’s practice contracts with Nicholas’s business to design a new building.  They are launched into a world of subterfuge and forgiveness as they pick up right where they left off nine years before.


One of the things I loved the most was that Melanie and Daniel’s reunion wasn’t picture perfect and happy.  With two broken souls and years of misunderstanding between them, they are almost hesitant to reconnect.  You know that feeling when you’ve just broken up with someone, and you’re still recovering from the fallout when you see the ex walk into the same place you are with someone new?  That punched in the gut sensation that just makes your heart drop and your stomach rise all at the same time?  That’s exactly how I felt reading about Melanie and Daniel’s first meeting.  It’s always remarkable to me when an author can get a reader to feel something that vividly using only words.


Because this is a romance, Daniel and Melanie were clearly going to find a way to be together, but it wasn’t an easy road.  During one of his slightly more irresponsible one-night stands, Daniel manages to get Vanessa pregnant, which almost ends any shot of him reconciling with Melanie.  Melanie, of course, has to deal with the fact that she’s married to a man who gradually becomes more abusive as the story continues.  Both characters have to work through their own feelings of betrayal as they slowly unravel what actually happened to them so long ago.


Pulled is an incredible story about love, loss, betrayal, and forgiveness.  Amy Lichtenhan has a beautiful way with words that made me feel that I was a part of the story, instead of just an outside observer.  The characters were flawed, heartbreakingly so, but they pushed through.  The rewards for each of them, and by extension the reader, were tremendous.  This story teaches the reader that no matter how deep your despair, there’s always a little room for hope.