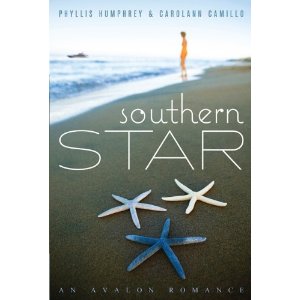 Description:
Marilee’s inheritance, the yacht, Southern Star, is in default to the bank. To save it from the auction block, she decides to honor a Caribbean cruise planned for two couples. But with no captain available, she’s forced to approach Gary, a man she once loved but refused to marry. He agrees to skipper the cruise, but only if she comes along as crew. In addition to the danger of succumbing again to Gary’s charm and good looks, she has other problems. Trying to sell the yacht, the discovery of forgery, and the appearance of an unexpected visitor make the excursion anything but sea-worthy.
Babs' Review:
Marilee comes back to take care of her father's yacht that he left to her. She is trying to save it from going to  auction when she notices there is still a cruise scheduled on the books, for which she has to find a skipper, and fast. The one person she needs she doesn't want to go see. Gary was taught everything he knows from Marilee's father. She knows he is the best out there, but she doesn't know if her heart can take seeing him again after she turned down his proposal. Marilee has to be part of the crew in order for Gary to skipper the yacht. They start off on a 10 day cruise that leads to strange things that can mess the whole plan up, and something happens that shocks Marilee and Gary.

I enjoyed this read except for Marilee's indecision about Gary.  It's like watching a tennis match, as much as she goes back and forth in her mind. Other than that, the story was good. There's a twist I did not see coming, but I had a feeling something had to happen.  The characters worked well with each other and I liked how opposite Gary and Marilee were.

The writing style is really good and the authors have great potential with further books.  I, for one, will be looking for more.
Babs' Rating: