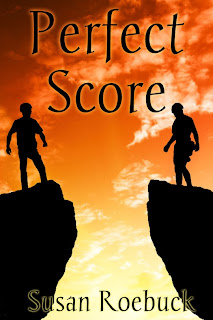 Description:
Feckless, exasperating Alex Finch is a rich, handsome and talented singer/songwriter who longs for two things: a career as a professional rock singer, and to have his love for Sam Barrowdale reciprocated. But drifter Sam's two aims are simply to earn enough money to pay his sister's medical bills and to hide from the world his reading/writing and speech disability. At this time the word "dyslexia" is generally unknown so to most people he's just a "retard". From the severe knocks life's dealt him, Sam's developed a tough outer coating and he has no time for a spoilt, selfish guitar player.
Despite his defects, Alex's love for Sam never wavers and when Sam unexpectedly disappears, Alex begins a somewhat bungling quest to find him, only to discover that Sam has a fearful enemy: Alex's powerful and influential yet sociopathic uncle.
As Alex spirals downwards towards alcoholism, many questions need answering. Just why did Alex's evil uncle adopt him at age eleven yet deny him any affection? And what's the mystery behind Alex's father's death?
Both seem to face unbeatable odds. Are they doomed to follow separate paths forever?
Laura’s Review:
Perfect Score is a book that intertwines the lives of two characters, even though they are rarely together.  Alex and Sam have one interaction when they are about 16 years old, and then don’t see each other for five more years.  They run into each other by chance, and then are inadvertently separated.  I don’t think either ever stops looking for the other, but it takes them awhile to come together.
Alex and Sam are great characters.  Even though they are generally kept apart by circumstance, we are given such insights into each of their minds.  In truth, their relationship reminds me a bit of Ennis and Jack’s relationship in Brokeback Mountain.
Unfortunately, for me, the rest of the story fell flat.  I think that maybe this would have worked better as a shorter piece, mostly because I thought that some of the events in the story were just thrown in there so that Alex and Sam could continue their journey.  I didn’t always understand why some of the details and events that were given needed to be there.  It’s just hard for me to really embrace a book when the plot sometimes seems to have little bearing on the chief characters.
Laura's Rating: