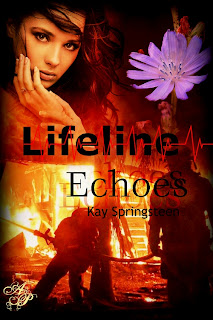 Description:
Voices form a powerful connection. The day the earth rocked LA, Sandy Wheaton became a voice lifeline over the radio for trapped firefighter, "Mick." Less than twenty four hours later, she had fallen in love with him. Shattered when she learned that rescue came too late, she sought solace Wyoming, the home state he had loved. Now, seven years later, she's made a life there as the owner of a popular local bar. But her wounds are still fresh, and she longs to let go of the past and her lost love so she can begin living again. That opportunity presents itself when the local prodigal son returns home. The attraction between them is instant. It feels like she's known him far longer than just a few days.

Sixteen years ago, Ryan McGee left home in the midst of controversy. After living through a harrowing trauma, he finally returns home when his family needs his help through some troubling times. All he wants to do is make amends with those he hurt most and to get back to the life he'd never wanted to leave in the first place. When he meets the sexy bartender, he starts thinking in terms of forever. But there's still someone out there he wants to find, someone who once believed in him and gave him hope.


Laura’s Review:
In true romance fashion, Lifeline Echoes features a pair of star-crossed lovers….and their respective lovers.  And no, this is not a ménage romance.  This is a story told in snippets of flashbacks interspersed with the present.


Sandy now calls Wyoming home, after having been an emergency call operator in a past life.  After a rescue call gone bad, Sandy needed to escape from the confines of L.A. and the memories of the man she fell in love with in less than a day.  She had been on a call with Mick after he had been caught in a building collapse.  During their 23 hours of phone time, Sandy and Mick discovered a connection, one that apparently caused an incident of love at first emergency call.  Fast forward 23 hours: Sandy loses radio connection with Mick and is told that he is dead.  She’s utterly devastated, so she decides to honor Mick’s memory and move to his home state of Wyoming.


After being away from home for close to 20 years, Ryan McGee returns to his family’s ranch in Wyoming.  Once he returns, he discovers that not only has his family’s business been victim to several bizarre accidents, but also that the family feud between the McGees and the MacKays is still going strong.  On one of his first nights in town, Ryan wanders into the local bar, only to meet owner Sandy.


Ryan and Sandy are instantly attracted to each other, but each of them still carries a torch for a lost love – Sandy for her 23-hour man and Ryan for a woman he can only refer to as “Angel.”  As the sparks fly between Ryan and Sandy, we begin to learn a little more about each character’s past.  We see Sandy begin to let go of Mick and fall harder for Ryan, Wyoming, and his family.  Ryan is a little more closed off, but through snippets of conversations from his family and the townspeople, we are able to piece together the fact that Ryan used to be a firefighter in L.A. and that he was with his cousin Mac when Mac was killed in a building collapse.  Do you see where this is going?  I did too.


Meanwhile, back at the ranch……the McGees are dealing with more and more incidents with their horses and cattle.  Finally things get so bad that the local sheriff gets involved.  A few trips to the hospital later and a daring search and rescue mission and Ryan and Sandy finally piece it all together.


I’m really just kind of indifferent to this story.  It certainly wasn’t bad, but it felt a little tired.  There was also something that really bothered me, but unfortunately it’s a major spoiler so I can’t discuss it.  At times I felt like things were a little jumbled – the events at the ranch really didn’t seem to have too much with to do with the love story.  Instead of being a catalyst or a compliment, it just seemed that some kind of plot device was needed, so a blood feud was inserted.  That said, I really liked the characters in the book.  Sandy was vibrant and sassy.  The McGee family was genuine and laidback and just overly likeable.  I just wish that I had liked the plot as much as I did the characters.
Laura's Rating: