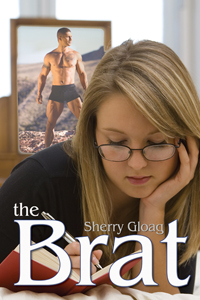 Description:
Gina Williams has a secret and prays it is buried with her childhood persecutor, Anna Kouvaris, as discovery will ruin her reputation as a famous children’s author. She soon discovers the son, Ben Kouvaris, new owner of her publishing company, has uncovered her past and is making demands. Will he ruin her career if she doesn’t comply?
Ben Kouvaris is blown away by the unknown beauty at his estranged mother's funeral, and when his father demands he marry immediately to secure the family business, he knows just who he wants as his temporary bride. But can Ben persuade Gina to trust him?

There is so much going on in this book.  It seems a little bit disjointed, and actually took a lot for me to wrap my head around what was happening.  It was a little jumbled and a little hard to follow, but here’s the gist of the story:
Ben travels from Greece to his estranged mother’s funeral in England.  At the funeral, he sees a woman who is only identified as his mother’s caregiver.  Fast forward an indeterminate amount of time (I think it was a month or so, but it could have been days, it just wasn’t very clear).  Gina is a children’s book author and she has just returned to London after a book tour.  She meets with her agent and best friend, Liz, to discuss the contract for her mystery novels, which are written under the name George Williamson.  Ben, it turns out, has just acquired the publishing house that prints Gina and George’s books.  Ben stops by Liz’s office, runs into Gina and doesn’t recognize her.  Gina, however, recognizes him, and panics.
About a week passes, and Ben is still trying to figure out who the mystery woman at his mother’s funeral was, and why George is so elusive.  Suddenly it all clicks, and he realizes that the mystery woman and Gina are one and the same.  Of course, we still have absolutely no idea why this is so important to Ben, nor do we know why Gina was the caregiver.
About 50 pages in, I started to piece together Ben’s interest, but it was still spotty.  And then, out of nowhere (well, maybe not really since this is a romance), we learn that Ben’s father is pretty close to dying and Ben needs to marry within three months, or his father will choose a bride for him.
Let’s recap the first 50 pages:  Hero with major mommy issues tries to discover the identity of a woman at his mother’s funeral.  He discovers she is the same as one of his authors.  Said woman also writes under a pseudonym and has a rather unclear connection to the hero’s family.  Oh.  And she’s receiving threatening phone calls and wants to have a baby via IVF.  Did you follow that?  Yeah.  Me neither.
As confusing as the first 50 pages are, things start to make more sense as the story goes on.  We start to learn more about Gina’s background, which explains so much about who she is and why she acts the way she does.  We also start to learn a little more about Ben’s motivations.   We also get to find out something about the man stalking Gina, and why she is so panicky about it.
Ultimately, Ben concocts a wild plan to marry Gina (only for a year so that he can take over his father’s company) and then annul the marriage.  Gina agrees to this crazy plan because she reasons that her stalker won’t be able to come after her if she’s in Greece instead of the U.K.  We all see where this is headed right?  Right.  It is a romance, after all.  The stalker is identified, and seems to become a non-issue.  All of actions shifts back to Ben’s family in Greece, while we’re left wondering what happened to all of the unresolved plot issues.  Throw in another seemingly random catastrophic event and we’re whisked back to London and left feeling a little unsatisfied.
Slowly the details surrounding both characters come out, but for me, it was way too late in the story.  It’s one thing to allude to a character’s past or to shroud him or her in mystery, but to take over half of the book to finally explain it is a little much.  For me, the plot and the characters just jumped around constantly, and at times, it was hard to follow.  And that really bummed me out, because the characters  were so vibrant.  The emotions they stirred up were very real, and it was easy to see how their opinions and actions formed.  Things really got better towards the end of the book, so that the resolution made sense and didn’t just come out of left field, but for me, it just didn’t make up for how disjointed the beginning was.
That said, The Brat is Sherry Gloag’s debut novel.  As such, I would expect it to have some stylistic kinks that will work themselves out as she continues to write.  I’m sure there are plenty of people who actually would really enjoy this book – anyone who enjoys a good stream-of-consciousness novel would probably love this.  I, however, am not a fan of stream-of-consciousness writing in any way, shape, or form, so clearly that explains some of my issues.  I am looking forward to reading some of Ms. Gloag’s other novels because she does create memorable characters and, once I figured it out, the plot of the story was pretty good too.
Laura's Rating: