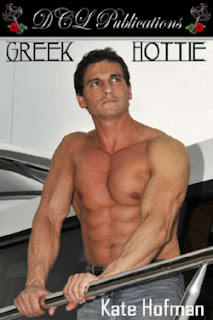 Description:
Nick Thalassinos, a widower with a 2-year old daughter, meets Iris Leighton, a famous Broadway actress.  His interest turns to dismay when Iris insists on having all Nick's attention, ridiculing his devotion to his daughter.
Nadine Konings, a portrait artist and Nick's neighbour, befriends the lonely little girl.
Nick begins to realize that he is--was--merely infatuated with Iris.  It's Nadine he loves.
Will Nadine accept this change in his feelings?
More to the point, will Iris accept Nick's decision that it's over between them--or will she put up a fight?
Nick's uncle, Nikos, comes to stay.  Will he be able to help Nick get Iris out of his hair?
Joey’s Review:
Nick Thallasinos is a widower raising a young daughter after his wife passes away following the girl’s birth. After a couple years of grieving, he begins to come out of his shell, especially after meeting Iris Leighton, a Broadway actress. Iris isn’t all she’s cracked up to be, and soon an artist, Nadine, emerges as a contender for Nick’s affections.
It was a difficult read for me, unfortunately. The story itself wasn’t bad, I think the execution ultimately made it hard for me to get drawn in. Dialogue was unnatural and heavy with terms of endearment. The daughter, with a very limited vocabulary, had entirely too many opportunities to use those few words. Character thoughts were delivered as omniscient narrator plot updates. And Nick, the hero, had issues with intense changes of heart at the drop of a hat. Iris, accused of monopolizing Nick’s attentions over his daughter, is villainized even though Nick goes along with her for quite a bit. It’s hard for me to feel sympathy for the man, when he willingly shut his daughter out, especially when he suddenly remembers the child, then proclaims Iris scum to anyone who will listen.
Ultimately, I just couldn’t connect to the story or the characters.  Less telling, and more organic emotional responses might have been the key to catching my eye.
Joey's Rating: