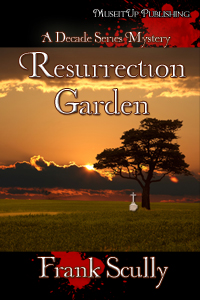 Description:
Jake Turner, a scarred veteran of the charge up San Juan Hill, has been a lone drifter through much of the settling of the west.  Opportunity was growing out of the newly turned sod of the North Dakota prairie in 1904 when he stopped to take a part time job as a Deputy Sheriff, expecting to move on again when the dark parts of his past catch up to him.
An investigation into a murder of a man hated by everyone has threads that lead to his best friend, Isaac.  Jake is ambushed and almost killed, but is nursed back to health by Isaac.  While Jake follows the clues into a labyrinth of hatred, sordid crimes and missing money he becomes attached to an eight year old orphaned boy named Andy and falls in love with Isaac’s sister, Alice.   After being alone for so long with no hope or care for what tomorrow might bring, Jake finds it difficult to accept these new emotional attachments.
Jake believes in Justice, but before he had only his own life on the line.   When Andy is kidnapped and almost killed, Jake knows the killers will do anything to stop him.   In order to protect Alice and Andy, he must break their hearts and leave them and North Dakota behind.
Jake knows he’ll be back.  So do the killers.  Trap and counter trap are laid.  Jake knows there will be graves.  He just doesn’t know who will be in them.

When I decided to review this book, it was basically to step outside my comfort zone and really expand my horizons.  I don't typically read mystery, as I am one of those people that picks the wrong person as the villain several times before I find out I'm a moron and should have known.  But I like a challenge so I decided a novel based in 1904 in North Dakota was an excellent choice.  And boy was I right.
It didn't take me long to realize that for me to really appreciate this book I needed to read the story and visualize it in my head as if it were a movie.  So when reading this, I had sort of a old western film flowing through my minds eye and it worked beautifully.  The main character, Jake, was a typical scruffy, hard as nails, bad ass of a cowboy who was a very real and likable character.  The book was written in Jake's point of view and I have to say it was a fantastic way to go.  I don't think this novel would have been as good if it were done any other way.  I enjoyed the twists and turns to the plots and just the simple pieces to the puzzle that were laid out throughout the book.  The entanglements Jake made throughout were heart warming and realistic.  Jake comes across a young runaway who instantly idolizes him, and proves to be a chip in old Jake's armor.  Then there is Isaac, Jake's sick best friend who he stays with during rough patches and help nurse Isaac back to health.  Then enter Alice, whom Jake corresponds with because she is Isaac's sister.
We find tales and lives woven together in the small town and it is all written beautifully.  I thoroughly enjoyed this novel down to the last sentence, and while there wasn't a lot of romance there was enough overall love, caring, friendship and honor to keep readers of all kinds like me satisfied.