Secrets of the Knight Review 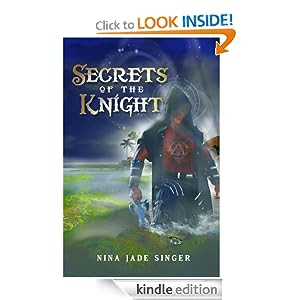 "Several years ago life forced Thomas (Bo) Bowden to give up everything, including the woman he loves, and take refuge on a Caribbean island. Little did he know, he was taking the first step to fulfilling his mystical destiny.

Nicole Balian has come to the small island of Trenado to find a missing teenager. She's shocked to the core to find her former lover instead. And the attraction between her and Bo is as strong as ever.


Working together to solve the unexplained disappearances plaguing the island, they find themselves in a frightening world of voodoo and magic. Trenado's history is shrouded in supernatural mystery. The danger they face serves to reignite their love. But as Bo fights an ancient evil that haunts the island, will Nicole be able to save the man she loves? Or will she lose him once again, this time forever?"

Singer's story is full of tension, and the reader is kept in suspense over Bo's past choices and current secrets. Though the intensity lags a bit during some of Nicole's lengthier interludes of internal debate, once she sets out on her investigations, the reader is firmly in her corner, especially after discovering what really happened between her and Bo all those years ago.

One aspect of their relationship that disturbed me was Nicole's admission that she hadn't been with any other men since Bo left - yet Bo has had a number of island flings. I'd have liked the heroine to at least have made some effort to move on. Even though, of course, I was rooting for her and Bo to come together the entire time. You can tell they're made for each other; he doesn't even care about the changes and mysteries in his life until Nicole arrives on the island and starts asking questions.

If you haven't picked up your beach reads for this summer yet, start with this one!